We've been back and forth to the boat, first arriving in the middle of November, 2013. After recommissioning in Marina Costa Baja and spending some relaxing time there, we moved the boat back to a slip in Marina de La Paz. We departed La Paz mid-December to spend Christmas in San Diego with our family. We had an extended stay and didn't return to the boat until the middle of February.We did managed to accomplish a few upgrades before leaving for Christmas. These included installing a multidirectional outside antenna for the Satellite phone; installing a flexible 50W solar panel; and, installing a Sunbrella mast boot around the base of the mast to provide UV protection for the elastic boot wrap. 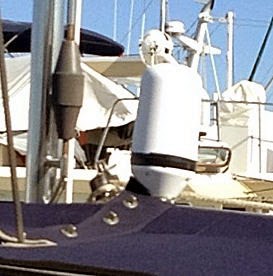 If the Solbain 50W semi-flexible solar panel proves reliable and efficient, two more will be added on the bimini along with a 100W semi-flexible panel from Go Power! (http://www.defender.com/product.jsp?path=-1|328|2290044|2290050&id=2485752) which, when all installed should provide us with a peak output of 250W under ideal conditions. The advantage of using these panels is the weight reduction (total weight of approximately 7 pounds total for all four panels), ease of installation (zippered in place) and ability to integrate them into the working canvas covers without having to fabricate and expensive and weight intensive arch for installation. The trade off is they're fractionally less efficient than the hard-framed aluminum panels; they're significantly more expensive per watt; and, the longevity of operation may be less than the rigid panels. 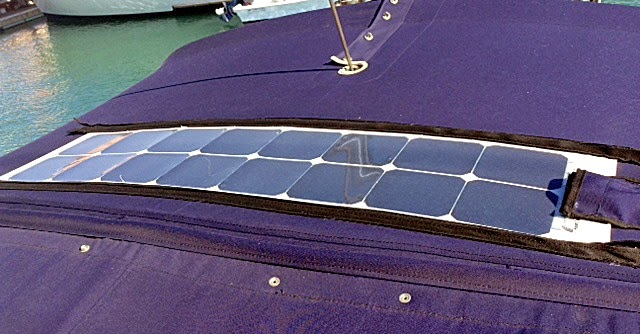 In addition to adding solar panels next season, we also need to replace our two house batteries (AGM Lifeline 4D 255AH batteries). Between leaving them to self-discharge over the summers and then running them flat while the boat was left in the water this past summer, their capacities have been diminshed over the five-years they've been in the boat to the point where they need replacement. We're also hoping to replace the remainder of the white dome lights and the reading lights with efficient LED conversions. Our intial foray into white LED replacement resulted in light with unsatisfactory brightness. We're hoping for improvements to the light output so our halogen reading lights can be replaced, along with the incadesent dome lights. 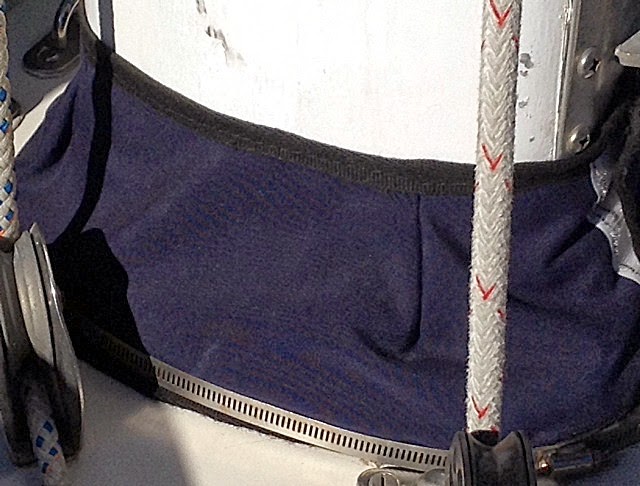 One further project for this season will be to install a 'smart' battery monitor. We have a Victron Energy, model BMV-600 battery monitor that will be replacing the old 'Professional Mariner' battery tester.

We're in this together!